The festival celebrations were kicked off by Aparna Patwardhan, Director of SVCC Bangkok, who graced the occasion as the chief guest. The recitation of the prayer by Lavanya and the Thai and Indian national anthem was followed by the lighting of the lamp by Aparna Patwardhan, SwarnaKamath, Ramani, Chandramma and Lingaraju. 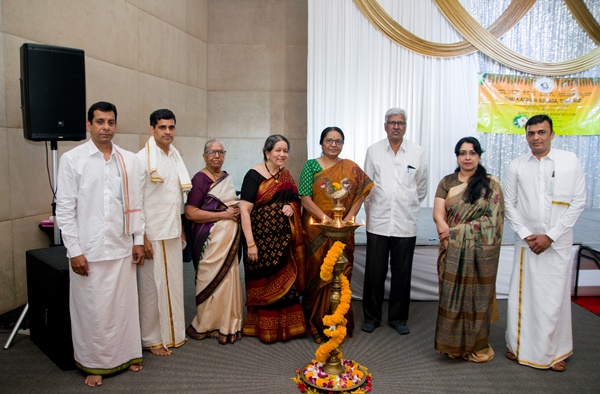 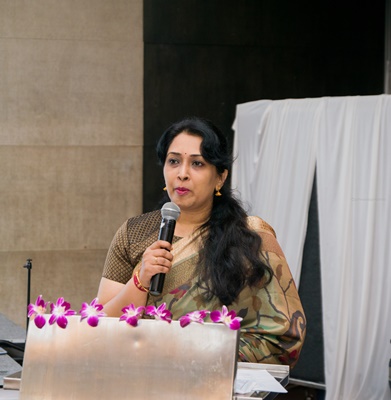 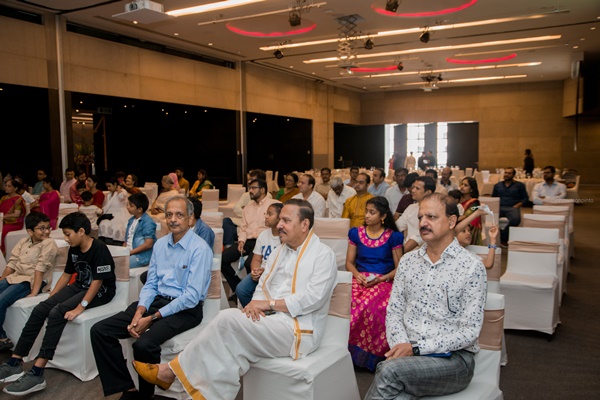 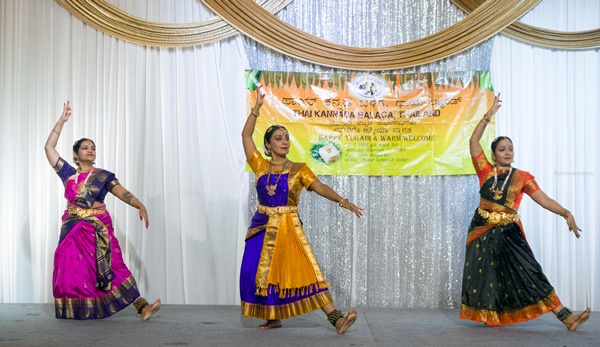 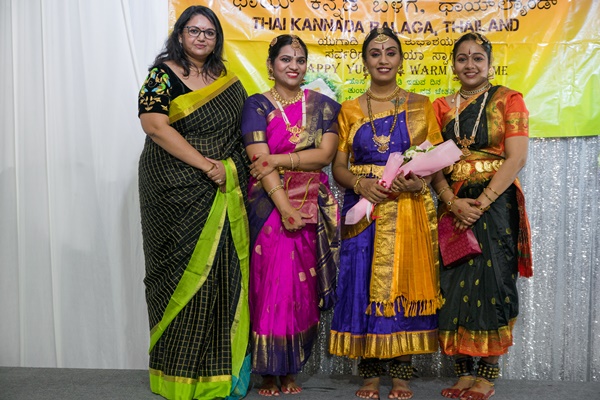 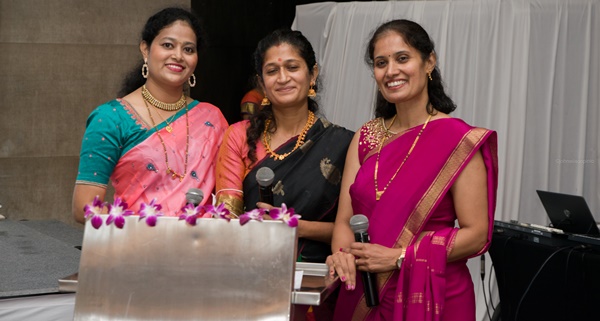 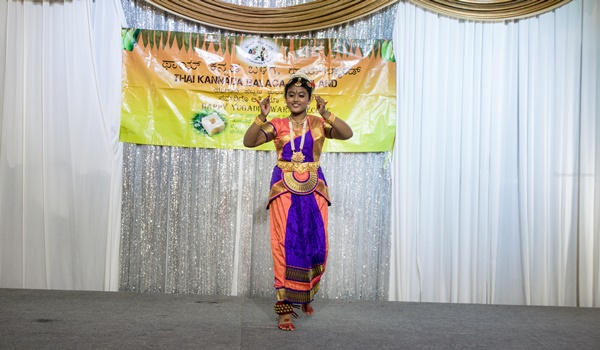 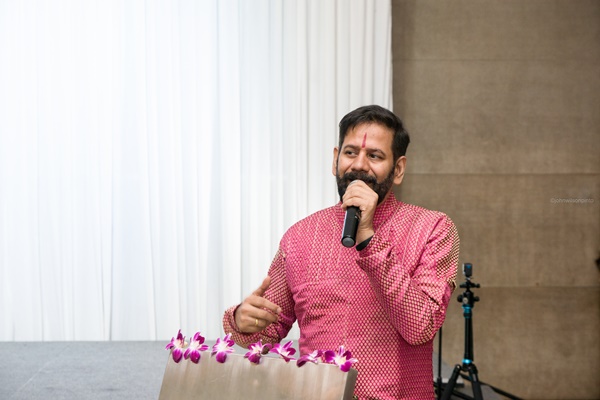 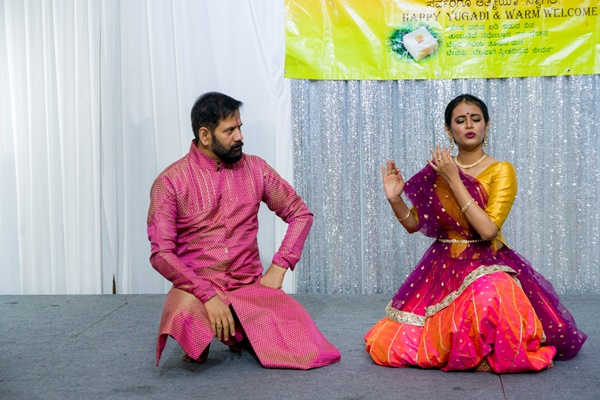 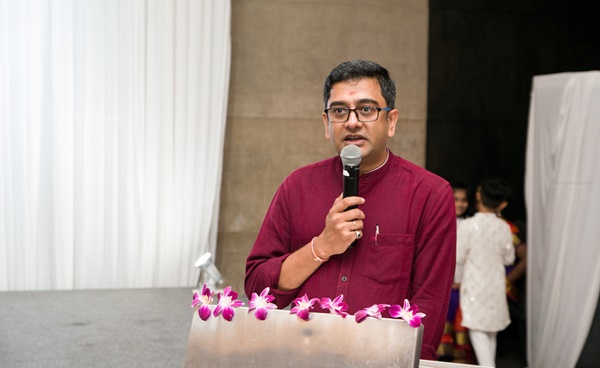 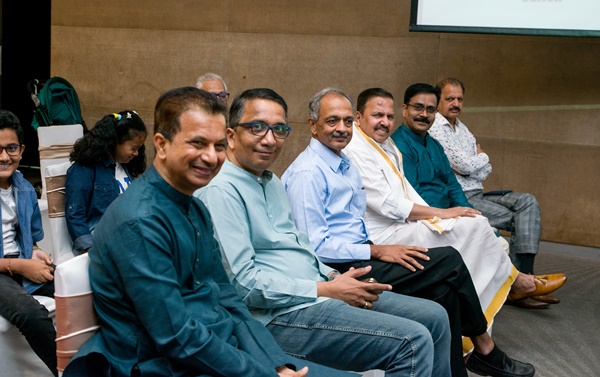 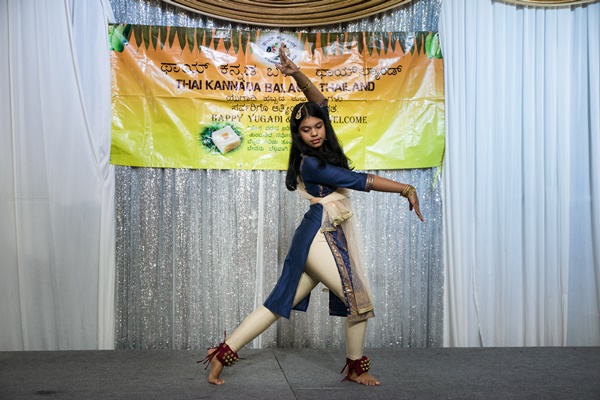 In an impassioned speech, chief guest Aparna Patwardhan appealed to the hundreds gathered about Karnataka’s rich cultures, festival and celebrations. She encouraged the public to participate in the Indian cultural events organized by the Indian dispora of Thailand to preserve and spread the knowledge of our rich culture. Later, Rashmi Ravi congratulated the main guest.

Lavanya, Rashmi and Akshatasung a melodious Kannada song which depicts the celebration of Ugadi festival. While Bhuviprisha and Prisha Shamanth left the audience enchanted with their dance performances, Cianna’s cheerful and energetic dancing was enjoyed by all.

A special tribute to Punith Raj Kumar was dedicated, Annapoorneshwari narrated the actor’s life story. The audience was moved by Ravi Mysore’s song for the same and young TKB members Srivatsa Bhat, Chiraksh Gowda, Yathin Gowda, Ghena Shamanth, Vihaan Rao and Ishika Devadiga along with the special entrance of Guruprasad and Dilip put the fired up the stage with a stunning performance and amazed the viewers.

TKB had organized the “Amara MadhuraPrema” Facebook photo contest in which contestants submitted their wedding photos. Delora and Roshan Pinto won the contest with the most likes. They even entertained us with energetic performances. Nayana and VijethHegde danced their hearts out to classic Kannada songs.

After a delicious Indian lunch, Shobha Mallaiah and Ranjeetha Rao created a fun environment by organizing a variety of entertaining games with lots of prizes. Special couple games were organized for couples who had completed 25 years of their marriage. Ravi Mysore and Rashmi won the couple’s match followed by games for the kids.

The new members introduced themselves and expressed their joy at being part of the event. TKB extended its sincere thanks to its sponsors – Dakshin Restaurant, Vrindavan Restaurant, Kruaboon Thai Restaurant, AIA Insurance, Cris Go (Thailand) Co., Ltd and 3-D Precision Pvt. ltd.

On behalf of the entire TKB committee, Shamanth Sanjiva delivered the vote of thanks. The program ended with a group photo by John Wilson Pinto (pintocreations) who also volunteered for the photo and videography of the entire event.

TKB wishes and thanks all members all members, donors, supporters for their precious presence and support to make “UgadiSambrahma” a great success.

IHG Hotels & Resorts, one of the world leaders in the hotel industry, has opened Holiday Inn Paris – CDG Airport in partnership with the HPVA HOTELS group. Holiday Inn is one of the world’s most recognized hotel brands, providing a warm, welcoming, consistent and affordable experience in all of its hotels around the world. […]

Published: 4:53 PM January 25, 2022 Update: 17:01 January 25, 2022 New details have emerged of Norfolk’s first ‘care hotel’ which will see patients receive hospital treatment at a Holiday Inn on the outskirts of Norwich. The scheme aims to free up beds in county hospitals by providing care for people, who are not quite […]

Holiday Inn Sepang (images: © IHG) A look at the TOPHOTELPROJECTS construction database shows that IHG’s Holiday Inn brand currently plans to open 80 new hotel projects, half of them in Asia-Pacific. According to our research, Holiday Inn will grow by 80 properties and 21,073 keys in the coming years. We take a closer look […]